It has been announced today that both Emma Willis: Delivering Babies and Stacey Dooley Sleeps Over delivered on ratings for W Channel.

The second series of Delivering Babies came in at number one on the list for W Channel's highest performing show for 2019. It achieved a series peak of 476k viewers for the fourth episode in the run.

In the number two slot, Stacey Dooley Sleeps Over features for highest performing show for the channel, that earned a peak of  378k for episode three. 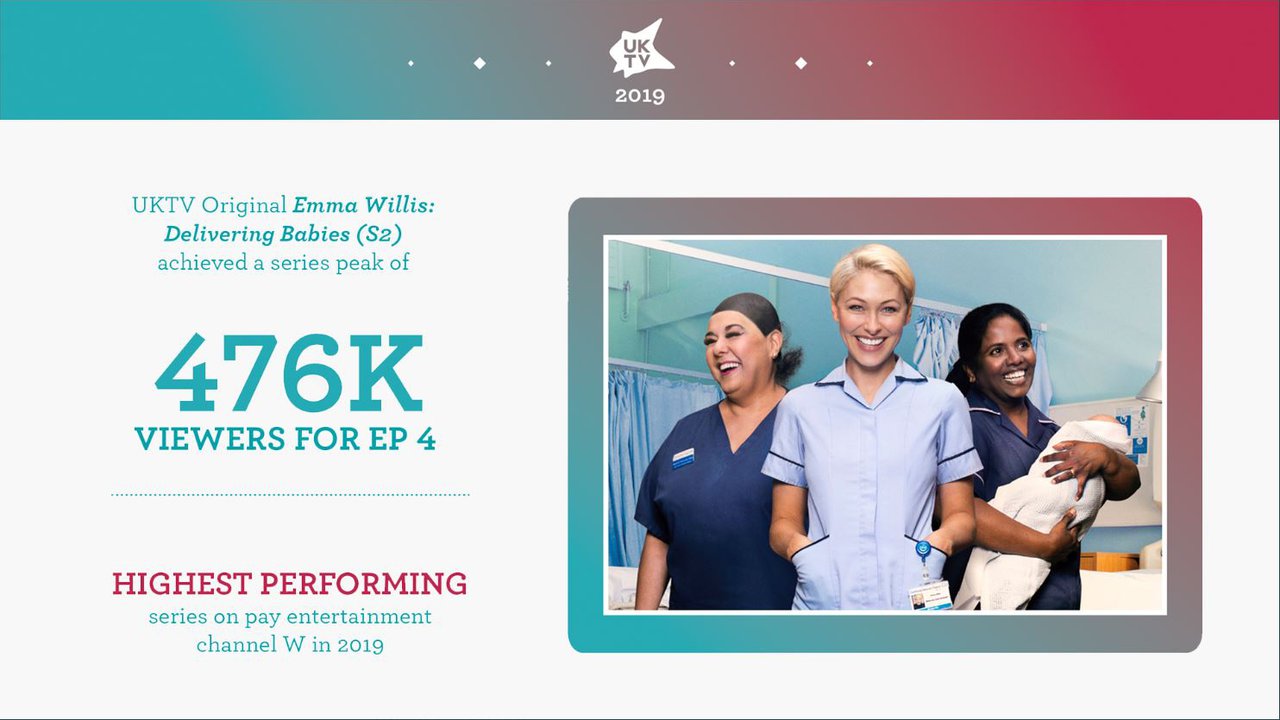