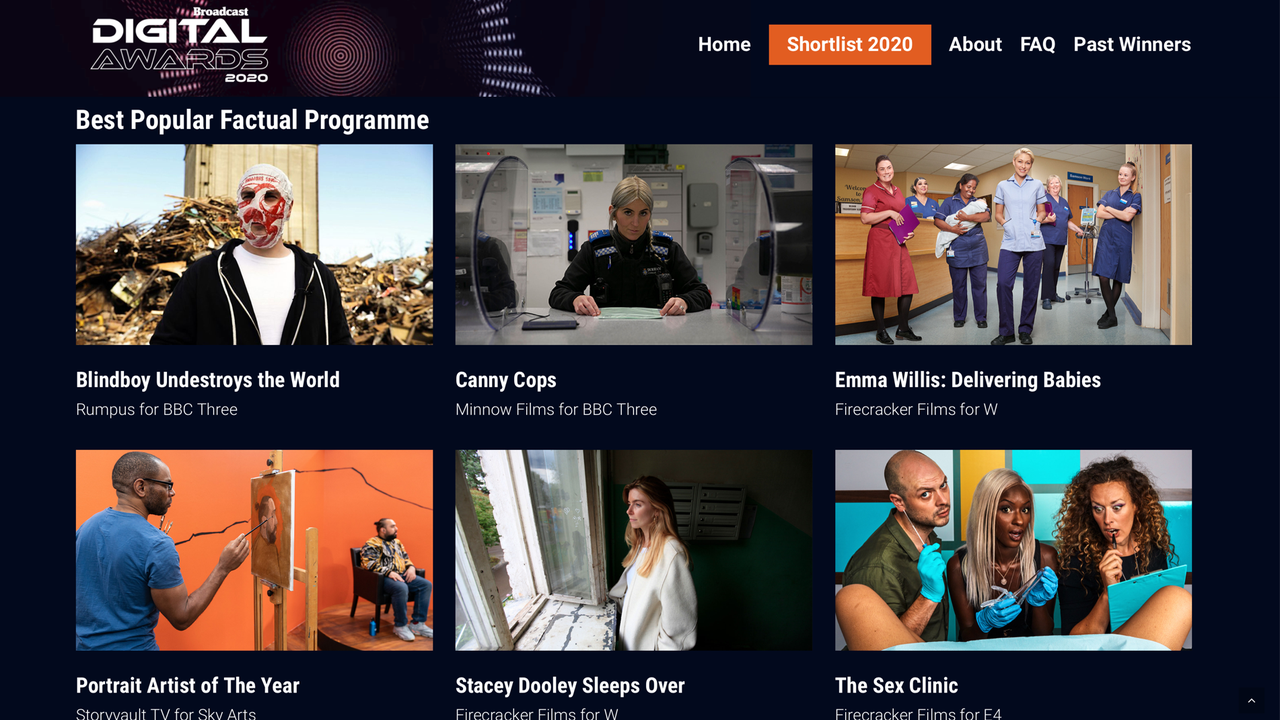 The shortlists for the Broadcast Digital Awards came out today and Firecracker are delighted to have received four nominations.

Following on from Firecracker's similar nomination at the Broadcast Awards earlier this year, one of the nominations is for Multichannel Production Company of the Year.

The other three nominations are all in the same category of Best Popular Factual Programme. In a shortlist of six shows, Emma Willis: Delivering Babies (which took home top spot in the same category last year), Stacey Dooley Sleeps Over andThe Sex Clinic have all been nominated.

It’s a huge achievement so massive congratulations to all those involved and all the best at the awards!